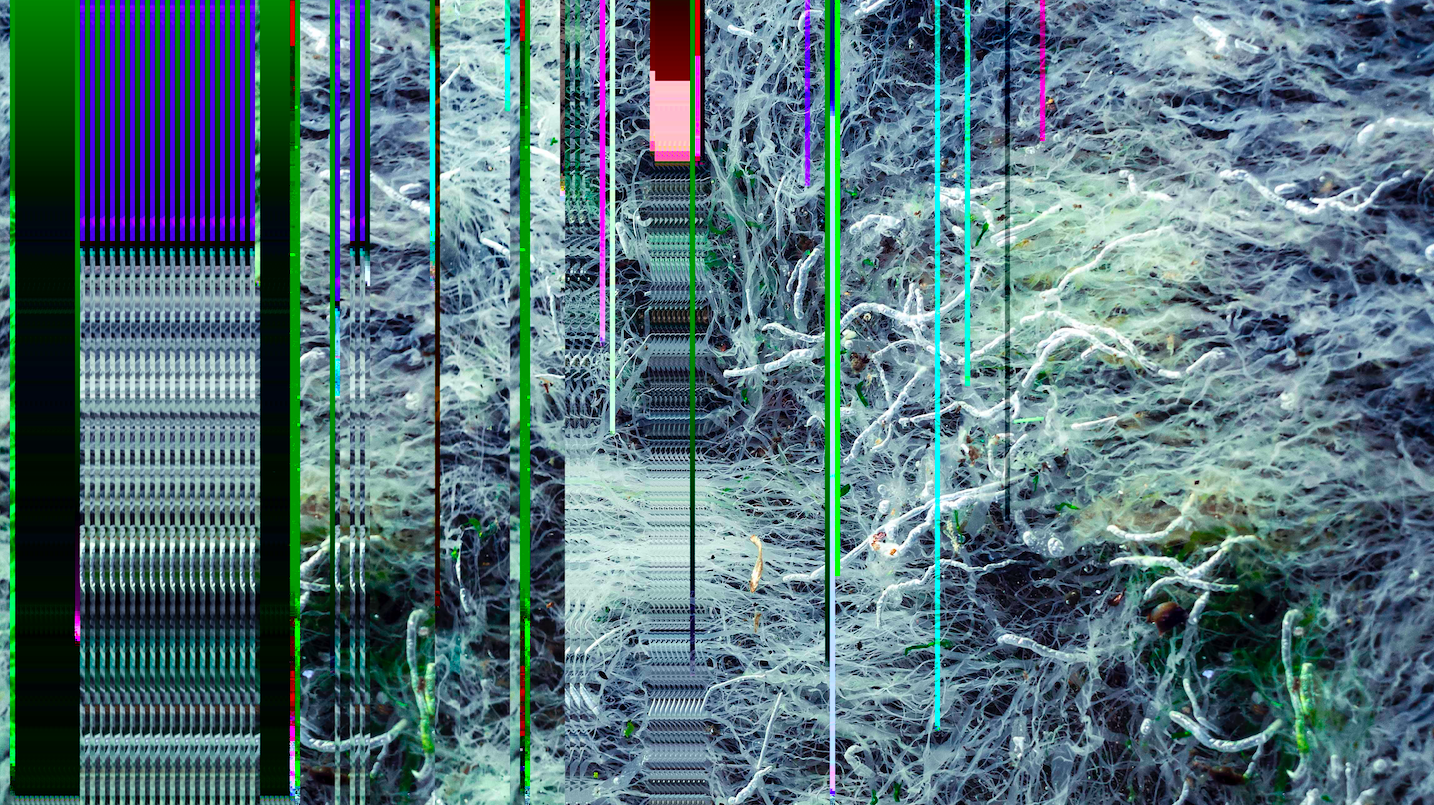 Shown in The Wrong Biennial 2019, in the What Do We Do Now Pavilion. Online show here. Offline show at Casino Notabile, Saqqajja Hill, Rabat, Malta, Nov 2019 - March 2020.

3 overlapping looping films. Here, the raw image code of original photos of biological matter is injected with the Paris Climate Change Agreement and other text that virtualise the earth, such as Google Earth HTML. The soundtracks were made through a similar process of text-editing MP3 files.

Digital media is generally thought of as something pretty abstract and weightless, but that’s not the case: last year, data storage and transfer worldwide contributed to more emissions than the airline industry. Data has weight.

In transnational government initiatives to save the planet, the reverse is true: something totally physical (the earth) is converted into something virtual, speculative, something to be administered and moderated. The language of the Paris Climate change agreement attests to this: the word 'ocean' appears only once throughout the entire document. The much more abstract 'Climate' appears 48 times. There is no mention of ice. Basically, the planet gets treated like a dataset, something without form.

In the process of corrupting the code of the images, some files were pushed far into instability. The full images can rarely be fully loaded in your browser: only parts of them load on each attempt. You can attempt view one here — keep refreshing the page to have a chance of seeing the 'full' image. Please note this won't work in Safari — try Firefox or Opera.